Don’t mind my stolen title. Think of it as an allusion instead…

Writing my novel has become challenging post NaNoWriMo. I reached the 50K goal at the end of the November, clocking in my word count a full two hours before the deadline, and good lord was I relieved. I felt so accomplished and proud of myself for hitting that goal in only 30 days. It was the most writing I had ever accomplished on a single project and to have done it in only a month? Boy was I proud. The story wasn’t finished but I had written a large portion of the plot and had plans to keep on writing it.

Here comes the problem. I foolishly decided that I would allow myself two weeks off to recharge and then I would get back into it. With a friend coming to town right at the end of those two weeks who wanted to do some writing together, I thought sure. That sounds reasonable, right? Nope. Those two weeks killed any and all motivation I had to write my novel.  The friend came to town and we got together to write as planned and I found that I could do nothing. I stared at my novel for about two hours before I quit for the night. I changed around a few words, read some stuff, but could do nothing with it. I couldn’t write new content, I couldn’t edit what I had previously worked on, nothing. A few days later, I tried again, and still, nothing.

Then Christmas happened and god knows it’s impossible to do anything around the holidays, so writing altogether got put on the back burner until the new year.

Last week I decided that I should write something completely different while I still have the strong urge to throw my novel off a cliff. Terrible Minds has a flash fiction challenge of roughly 1000 words with a different theme/prompt/whatever every week so I decided, “Hey. That sounds reasonable. I could do 1000 word short stories for a little bit to get myself back into the groove of writing.”

So I started one last week, one of his older challenges from October and I have to say, it was really nice to be working on something that wasn’t my novel. I still haven’t finished the story I started then, but I will soon. I decided to start his newest challenge today because it stretched me to do something I’ve really never done before.

Science fiction is one of those things that I really enjoy, but have never felt confident enough to actually write myself because I find it so incredibly daunting. I read things like Ray Bradbury (his short story Dark They Were, and Golden Eyed is one of my favorite things I have ever read in my life) and watch things like Joss Whedon’s Firefly (whyyyyy is there only one season of that masterpiece?!) and I think “wow, I could never do something that great” and that thinking stops me from ever trying in the first place.

It’s exactly the same train of thought that kept me from writing fiction at all for years and years until I discovered NaNoWriMo in 2012. I had it in my head that I was not good at writing fiction, so I just never gave it any effort. Well, in 2012 I decided that that was so stupid of me and so I just decided to give it a go. If I don’t like it, oh well. At least I tried. I soon found out that not only was I enjoying the writing process, but I was enjoying what I was writing.

And now I discovered that that same thinking was keeping me from writing science fiction, a genre that I really enjoy! Well, today I decided that that is a horrible way of thinking and so I have delved into the world of science fiction! It’s an incredibly new experience for me and it is so vastly different from my novel (which may or may not be medieval(ish?) though really I can’t figure out when it takes place. There are medieval aspects to it, but I don’t picture it as medieval… Either way, it’s not science fiction at all.) that it’s become an exciting little break from the world of my novel altogether. I’m enjoying writing today and not dragging my heels back to my computer (or rather away from Netflix) to work on my novel.

It’s probably not the most unique thing ever written, but I am writing and not just saying that I’m going to write and that’s a step in the right direction! Speaking of, I should really get back to it. Look for it soon as I will be posting it here when I am finished with it!

3 thoughts on “And Now for Something Completely Different”

The Blogger (if you can even call her that) 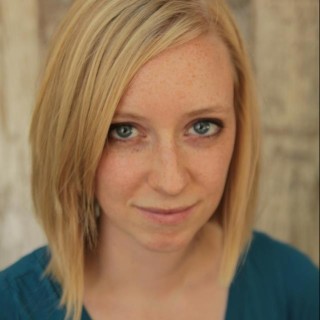 24 year old Californian longing for Europe (or at the very least the east coast) who is attempting to write consistently because she enjoys it more than she thinks she does when it's time to decide between writing and watching another episode of Doctor Who or Sherlock.